The banks of Europe’s charming rivers are dotted with towering castles, crumbling ancient ruins and imposing fortresses. Here’s a selection of eight of the many intriguing and fascinating castles – and the history behind them - you’ll visit on a Scenic 5-star luxury Europe river cruise.

Sitting on the banks of the Danube River in the UNESCO listed Wachau region – a scenic valley of medieval castles, ruins and ancient vineyards – the Dürnstein Castle was built between 1140 and 1145. It is said to be where King Richard I, Richard the Lionheart, was imprisoned after the Third Crusade. Legend has it that he had insulted Leopold V, Duke of Austria, during the crusades by tearing up the Austrian flag. On his way back home, Richard I was captured and locked away at Durnstein Castle, only to be released the following year after the payment of a hefty ransom of 150,000 marks.
Scenic Freechoice: Embark on a guided e-bike ride along the river to Dürnstein, passing the rolling vineyards and through pretty villages.
Experience this during Jewels of Europe, Gems of the Danube, Christmas Markets, Danube Christmas Markets 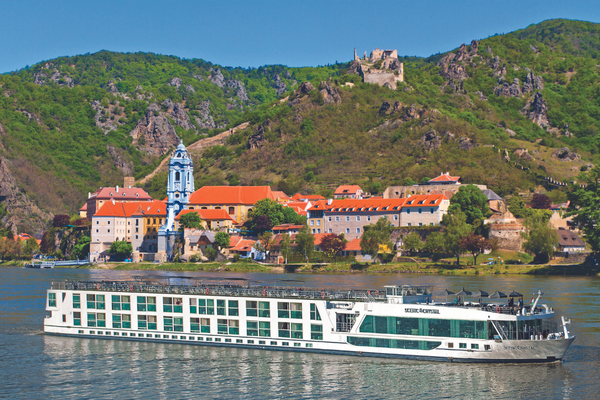 This fairytale-like castle was built in 1882 by Stephan Sarter, the youngest son of a Bonn innkeeper. The imposing residence was completed in just two years and sits on the hills of Konigswinter, on the east bank of the Rhine. After Sarter’s death it has be used for many unique reasons: a hotel and summer houses were added by his nephew, the next owner planned an amusement park with pleasure flights. It was used as a convalescence home during WWII, then later converted into a Christian boy’s boarding school and a Nazi elite school when it was heavily damaged. In the late 20th century, the castle was extensively restored and listed as a monument.
Scenic Freechoice: Take a scenic ride on the oldest cog railway in Germany up to the top of the Drachenfels and join a guided tour of the castle.
Experience this during Rhine Highlights 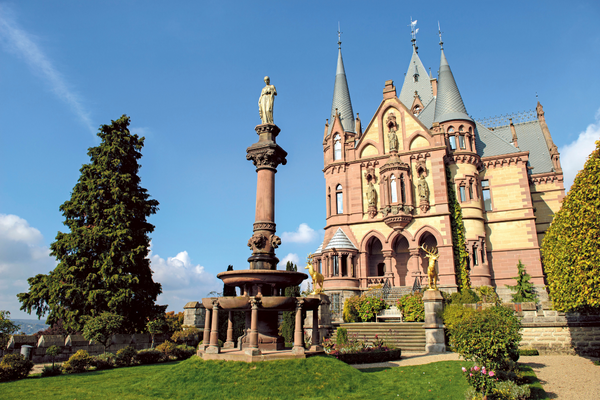 Teetering 300 metres above the Danube on a rocky cliff face, Burg Aggstein is one of Austria’s most famous castles, an evocative ruin that dates to 1200. It was owned by a powerful ministerial family, the Kruenrings, until the mid-14th century and was burned down during the first siege of Vienna. Over the centuries, it has been restored and visitors can now explore its ancient towers, hidden stairways, dungeon, escape-proof prison and chapel.
Scenic Freechoice: Join a guided tour of this remarkable historic castle, which has spectacular views over the Danube.
Experience this during Jewels of Europe

Soaring over Cochem, Reichsburg (also known as Cochem Castle) is the largest castle on the Moselle and was built around the year 1000 by the Palatinate Count Ezzo. When the troupes of King Louis XIV invaded the Rhine in 1689, Reichsburg was occupied and destroyed by fire. Almost two centuries later a businessman from Berlin bought the castle and rebuilt it in Neo-Gothic style to be used as a summer residence. In 1978 it was opened to the public, with guided tours through the rooms such as the Knight’s Hall and Trophy Room, which are furnished in original Renaissance and Baroque pieces.
Scenic Freechoice: After a walking tour of Cochem, enjoy a guided tour of Reichsburg Castle.
Experience this during Romantic Rhine & Moselle, Charming Castles & Vineyards of the Rhine & Moselle, Rhine Highlights and Rhine Christmas Markets 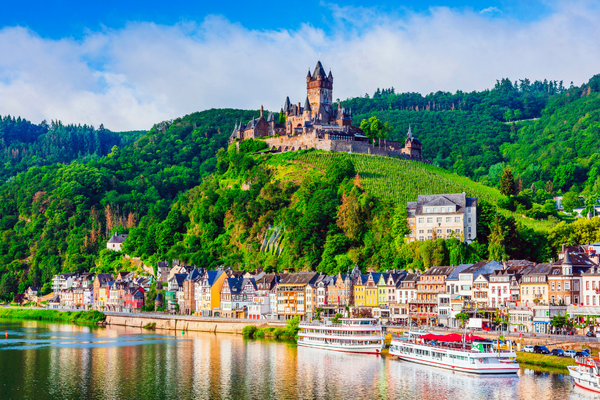 Cruising the dramatic landscape of the World Heritage-listed Rhine Valley is like weaving through the pages of a fairytale. The 65-kilometre stretch between Koblenz and Rudesheim is dotted with some 40 hilltop castles and fortresses that span a period of around 1000 years. One of the only castles along this stretch to have escaped any destruction over centuries is Marksburg Castle, a medieval hilltop fortress that was built between the 13th to 15th centuries.
Scenic Freechoice: Embark on a guided tour of medieval Marksburg Castle near Koblenz.
Experience this during Jewels of Europe, Romantic Rhine & Moselle, Christmas Markets, Christmas & New Year, Rhine Christmas Markets

As far as grandiose chateaus go, Chateau de Chantilly is one of the finest. The work of Henri d’Orleans, the son of the last King of France, the chateau was reconstructed in the late 19th century to house his countless masterpieces and manuscripts. These include the second largest collection of antique paintings in France, after the Louvre. After his death in 1884, he left the entire estate to the Institut de France, which opened it as a museum.
Scenic Freechoice: Take a guided tour of the chateau and surrounding 115 hectares of manicured Parklands, featuring a French-style garden, Anglo-Chinese Garden and English garden.
Experience this during Normandy & Gems of the Seine, Highlights of Normandy & the Seine

It may lay in ruins these days, but the architectural feat of Chateau Gaillard is still awe-inspiring. Built for Richard the Lionheart between 1196 and 1198 to protect his Norman possessions and the capital Rouen, the 12th-century chateau has 17 towers, four-metre-thick walls, proving it to be the strongest castle of its age.


Scenic Freechoice: Hike with Richard the Lionheart the hillside to Chateau Gaillard, which sits on a crag overlooking the Seine River, and walk among its atmospheric ruins.
Experience this during Normandy & Gems of the Seine

Built into a sheer rock face near Normandy in the 12th century, this ancient fortress sits in the middle of a nature park on the banks of the Seine River. Its many structures are a mix of medieval, renaissance and classical styles, including the ruins of tower, an 18th century stable, and World War II defence tunnels.
Scenic Enrich: Walk through lush orchards to the chateau where you will enjoy a live classical concert by local musicians, exclusive to Scenic.
Experience this during Normandy & Gems of the Seine, Highlights of Normandy & the Seine 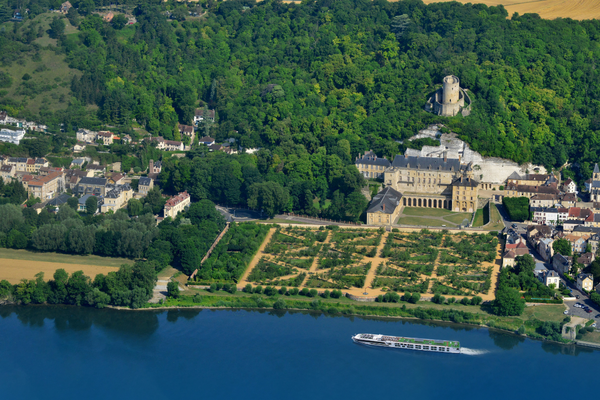 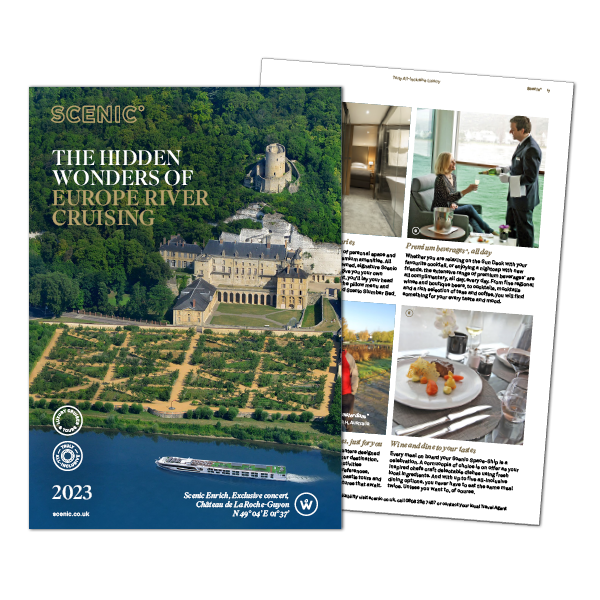