From Coast to Coast: History of the Canadian Pacific Railway

The Canadian Pacific Railway is more than just a transport network. Connecting Vancouver in the west with Montreal in the east, this engineering marvel has had a profound influence on the geographic and cultural landscape of Canada for over 100 years.

Canadian Pacific Railway was built to physically link the vast provinces of Canada, which were unified for the first time in 1867. Despite the scale of the task, the railway network was completed six years ahead of schedule, and its completion led to the growth and development of some of Canada’s most iconic destinations and national parks.

Travel to Canada with Scenic, and you’ll have the unique opportunity to travel on the Canadian Pacific Railway as part of the Rocky Mountaineer railway journey. Transporting you from the cultural hub of Vancouver into the midst of the Rocky Mountains National Park, this is one of the world’s great train journeys, and the perfect way to get to grips with the natural wonders of Canada.

Discover more about the legacy and history of the Canadian Pacific Railway in our in-depth and interactive guide.

The People Behind the Railway 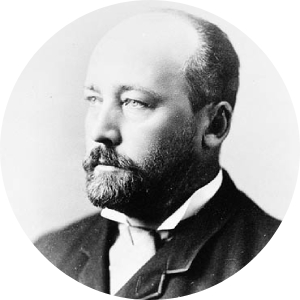 If one figure can be attributed to pioneering the construction of the Canadian Pacific Railway, it’s Sir William Van Horne. Born in the US in 1843, Van Horne was appointed as chief engineer of the CPR in 1882, and was later named the company’s president, a position he held until his retirement in 1899. Van Horne oversaw much of the construction of the railway in his position as General Manager and Chief Engineer, focusing his efforts specifically on finding the best possible route through the harsh landscapes of the Canadian Prairies and the Rocky Mountains.

Many surveyors and engineers left their mark on the construction of the Canadian Pacific Railway, but one of the most instrumental of these was Albert Bowman Rogers. A landscape surveyor by trade, Rogers was hired in 1881 for the sole purpose of finding a safe passage through the largely unexplored Selkirk Mountains, which stood as the biggest obstacle on the planned route of the railway. It took Rogers two years to find a suitable pass for the railway, but thanks to his efforts, an expensive and labourious detour around the mountains was avoided. The CPR’s pass through the Selkirk Mountains has since been named Rogers Pass, in honour of the esteemed surveyor. 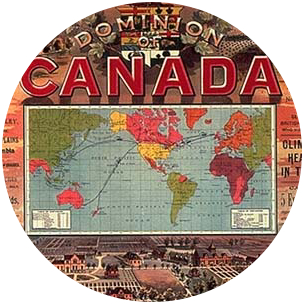 As a means of helping Canada’s largely unpopulated western provinces to flourish and prosper, the CPR devised a plan to introduce settlers to the region. To do this, they placed advertisements in European newspapers, seeking people who would be willing to move to Canada from overseas and settle in new towns and homesteads along the railway route. Their call was answered, and thousands of Europeans made the journey to the Canadian west to start a new life. Many worked on the construction of the railway itself, while others developed farms on land sold to them by the railway company. It’s thanks to this initiative that today, Canada is considered one of most multi-ethnic and welcoming countries on Earth. 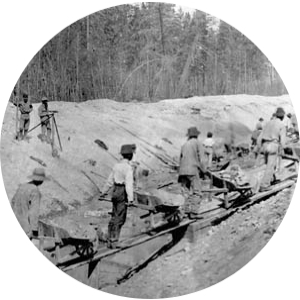 As well as European settlers, other immigrants from across the world travelled to Canada during the late 19th century, to take advantage of the inexpensive land and work opportunities afforded by the Canadian Pacific Railway. Chinese immigrants were particularly numerous at this time, accounting for around 15,000 members of the company’s labour force. In 2005, the hard work and sacrifice of these labourers was officially commemorated, with the development of the Cheng Interchange, named in homage to one of the many Chinese labourers who dedicated their lives building Canada’s great railway.

Explore the Beauty of Canada with Scenic

You can experience the exceptional Canadian Pacific Railway and Rocky Mountaineer journey on many of our luxury escorted tours through Canada and the USA. For more information, download our brochure or call our team now on 1(857) 256-5486.

Alaska including the Arctic Circle
Vancouver to Fairbanks
Offers Available
Save $1,700 per couple Earlybird fare per couple
Conditions apply
13 day
From (CAD)
$ 5,245
Discover

Christmas in the Rockies
Victoria to Banff
Offers Available
Save $1,700 per couple Earlybird fare per couple
Conditions apply
14 day
From (CAD)
$ 9,195
Discover

Christmas in the Rockies
Victoria to Banff
Offers Available
Save $1,700 per couple Earlybird fare per couple
Conditions apply
14 day
From (CAD)
$ 9,195
Discover

Save $2,944 per couple with our Super Early Bird fare.

Save $4,544 per couple with our Super Early Bird fare.