The second largest city in Russia, the alluring city of St Petersburg is often labelled as one of the most beautiful cities in the world – and it’s easy to see why. 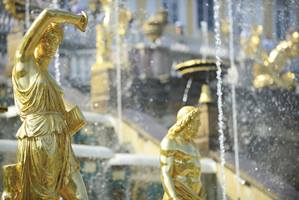 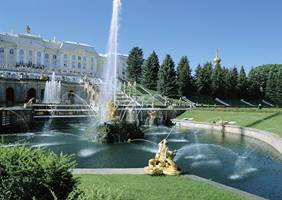 The second largest city in Russia, the alluring city of St Petersburg is often labelled as one of the most beautiful cities in the world – and it’s easy to see why.

Commissioned by Tsar Peter the Great as Russia’s “window looking into Europe”, St Petersburg is a city that channels the elegance of some of the continent’s most alluring capitals, with its sweeping avenues and broad canals.

Boasting all of the ingredients for an unforgettable trip, the city has a rich and varied history, which can still be seen today in the architecture and culture. Catherine the Great, Peter the Great, and the last Russian Tsars all left their mark on the city, as did many of Russia’s great writers such as Dostoevsky and Pushkin.

For the past 300 years, St Petersburg has been known as Russia’s cultural capital, producing many of the country’s leading poets, authors, painters, and playwrights. And today, it still remains a bustling and vibrant hub of the arts, offering everything from painting and literature through to street theatre and contemporary rock.

With so much to see, do, and experience, no matter how many times you visit St Petersburg, you’ll discover more and more.

St Petersburg has a rich history, full of dramatic events and iconic historical figures. Founded by Tsar Peter the Great on 27th May 1703, the city was the capital of Russia for more than 200 years, until the Russian Revolution of 1917.

Peter invited architects and engineers from all over Europe to build a new Western capital. The Peter and Paul Fortress was the first building to be erected in the city.

After the sudden death of Tsar Alexander I in 1825, confusion led to the first Russian revolution, known as the Decemberist Revolt. This period of struggle and uncertainty was followed by the Golden Age of Russian Culture, during which St Petersburg inspired iconic writers such as Alexander Pushkin, Nikolai Gogol, and Fyodor Dostoyeveky.

When Russia entered the First World War in 1914, the German-sounding name of St Petersburg was changed to Petrograd and, in 1917, discontent with the war led to the February Revolution and the abdication of Tsar Nicholas II. Civil war spread and the Communist government was forced to move the capital back to Moscow in 1918 and Petrograd was renamed Leningrad.

When Hitler declared war on the Soviet Union in 1941, Leningrad was surrounded and besieged for nine hundred days and over a million people lost their lives. After the war, the city continued to be overlooked by the Communist Party.

But in 1991, the revival of the great city began when its name was returned to St Petersburg.

It is often said that the city of St Petersburg is home to more attractions and must-see sights than some countries.

The Erarta Museum is home to the biggest private contemporary museum in Russia so it’s a must visit for lovers of modern art.

Having been recently restored, this magnificent five storey building is split into two parts, one part is a gallery where the works of art are for sale, and the other is a museum dedicated to the history of Russian modern art over the last 60 years.

There are currently 2300 works on display, so make sure you allow plenty of time to explore the museum.


CHURCH OF THE SAVIOUR ON THE SPILT BLOOD

With its richly coloured domes and ornate exterior, the Church of the Saviour on the Spilt Blood is one of St Petersburg’s most beautiful and memorable landmarks.

The church received its unusual name as it was built on the spot where Emperor Alexander II was murdered in 1881. The locals prefer to call the striking building The Mosaic Church because the interior is covered in breath-taking mosaics.

The Hermitage is one of the leading historical and art collections in the world, boasting iconic works buy Monet, Picasso, and Matisse, alongside Egyptian mummies, Scythian gold, and Russian treasures – you could easily be absorbed by the museum’s treasures for days.

Founded by Catherine the Great, one of the greatest art collectors of all time, in 1764, today the collection features over three million items that offer a comprehensive history of Western European art. A visit is a must.

For a moment of calm and tranquillity, head to Peterhof, one of St Petersburg’s most famous and spectacular Imperial estates. The Grand Palace is filled with fascinating and elaborate interiors, and sits on the top of a high ridge overlooking the picturesque Lower Park.

Sitting between the Grand Palace and the seashore, the Lower Park boasts the world’s largest system of fountains – earning it the title of the Russian Versaille.

Peterhof’s Upper Garden is equally as impressive. The classic, French-style formal garden is home to five fountains as well as numerous other captivating attractions.

Built in 1859, the Mariinsky Theatre is one of Russia’s most loved and respected cultural institutions.

Over the years, the pretty white and green building has offered a stage to some of the world’s greatest musicians, dancers, and singers, and many of Petipa’s most famous works such as Swan Lake and The Nutcracker were choreographed here.

Of course, the best way to experience the Theatre is to see an opera or ballet but, if you don’t have time to do so, it’s still definitely exploring the stunning building.

If you’re a keen shopper, St Petersburg has plenty to offer – from designer labels, and Soviet souvenirs to antiques and gifts. For everything under one roof, head to Bolshoy Gostiny Dvor, which has been one of the city’s largest shopping centres since the 18th century.

If this has enticed you to take a trip to St Petersburg, then why not make your way there in complete luxury. To browse our luxurious collection of 5 star Space-Ships that visit St Petersburg, head to the homepage or call us on 0808 278 7213.

Jewels of Russia
St Petersburg to Moscow
From the haunting beauty of St. Petersburg to the might & splendour of Moscow, discover Russia on a 15 day river cruise on board the luxurious Scenic Tsar.
Offers Available
Fly Free inc taxes
Conditions apply
15 day
From (CAD)
$ 10,245
Discover

Jewels of Russia with Berlin & the Baltic States
Moscow to Berlin
Discover the sights of Moscow and board Scenic Tsar for a cruise along the Volga river. Explore Helsinki, Tallinn, Warsaw & Berlin on this 27 day tour.
Offers Available
Fly Free inc taxes
Conditions apply
27 day
From (CAD)
$ 16,530
Discover