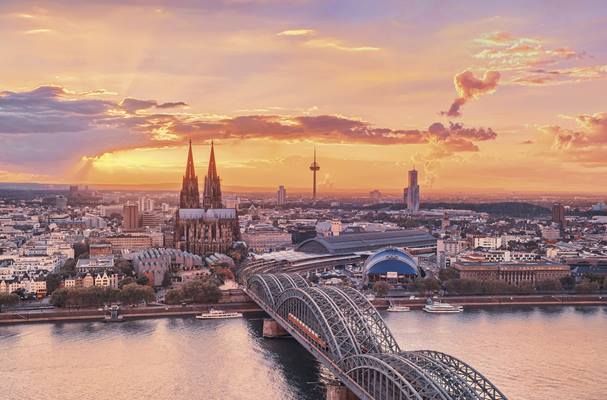 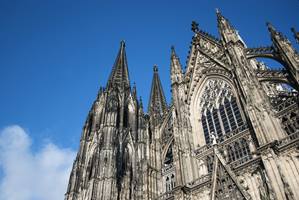 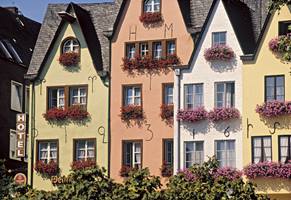 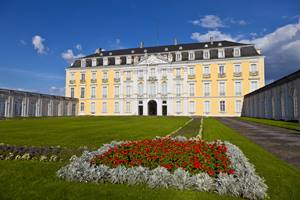 Wander the western bank of the Rhine, savouring magnificent feats of Romanesque architecture. Cross the cobblestoned streets of the Old City in search of traditional eau de toilette emporiums. Sip a refreshing stein of Kölsch in the shadow of the medieval city walls. Or indulge in countless sweet treats at the celebrated Chocolate Museum. Cologne provides a rich cultural tapestry for even the most discerning traveller.

Sightseers would do well to unravel Cologne’s immense timeline in a single visit, with over two thousand years of history to explore within the limits of the city. 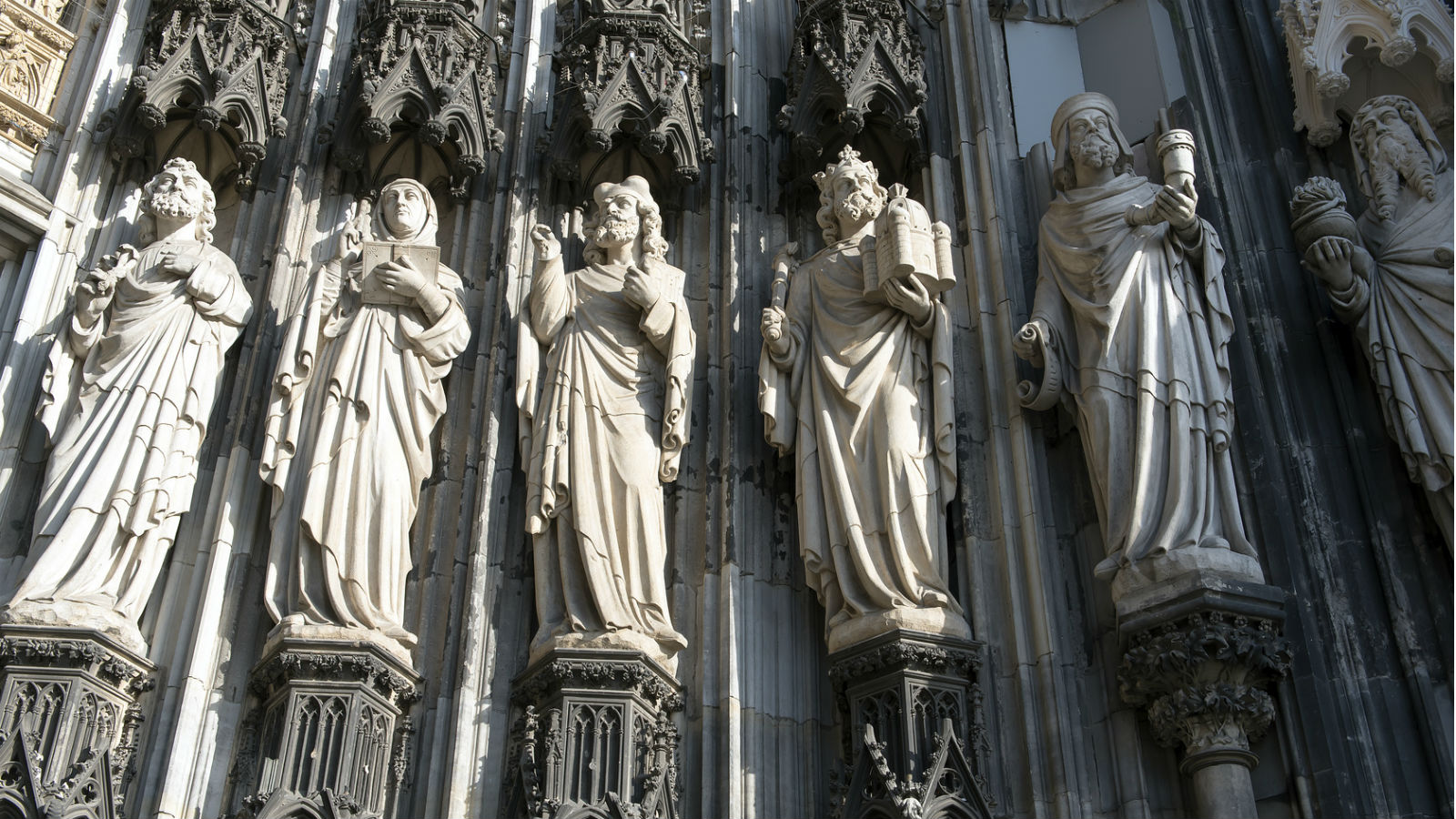 Cologne can trace its history back to 38BC, when a Germanic tribe settled on the banks of the Rhine. Some 80 years later, the Romans arrived in the region of Westphalia, where they founded the city of Colonia, capital of the Germania Inferior. Today, evidence of Roman remains can be found across Cologne, particularly in the wharf area on the eastern bank of the Rhine. Much of Cologne’s original sewerage system is also thought to originate from the Roman occupation.

In the Middle Ages, Cologne was incorporated in the territory of Austrasia, and ruled by the Merovingian Kingdom of the Franks. After centuries of unrest, Cologne became a free city in 1288, and grew quickly thanks to its favourable position on the major trade route of the Rhine.

Following occupation by the French in the 18th century, Cologne lost its free city status, and later became part of Napoleon’s Empire. The city did, however, flourish during invasion by the French — becoming a major centre for culture and the arts within Europe. When the German empire was founded in 1871, Cologne was considered one of the most important cities in the state, with its cathedral becoming a much-loved national monument.

Sadly, during the Second World War, Cologne suffered more Allied bombing than any other German city, with much of the city centre laid to ruin. Countless cultural treasures were lost in the wake of the war, including the twelve Romanesque churches. Fortunately, the 12th-century cathedral remained largely intact, and is still looked on by millions of visitors each year.

Despite the vast destruction Cologne suffered during WWII, the city has emerged as one of the most diverse, vibrant and fascinating destinations in Germany. Given that much of the city had to be rebuilt after the war, its cityscape is considered one of the most varied in Europe — with medieval houses and Roman-age forts standing beside the very latest contemporary architectural designs. 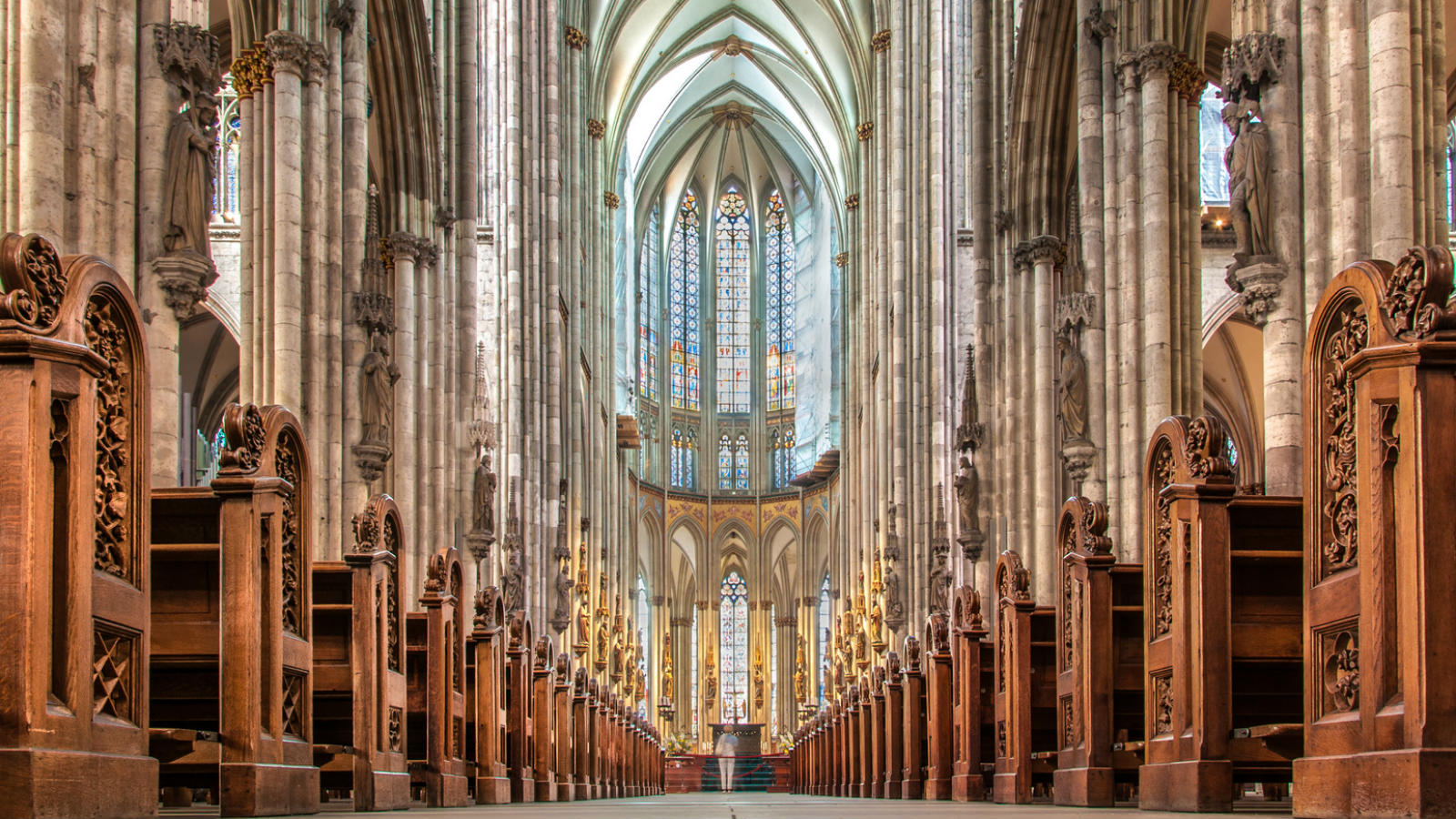 From the imposing steeples of the Kölner Dom to the Cologne Ring boulevards of Rudolfplatz and Hahnentorburg; Cologne is awash with cultural sites offering fascinating insight into the history of the city. Cologne Cathedral

From the moment you float into the city atop the smooth ebb of the Rhine, you’ll spot the towering spires of Cologne Cathedral. Once the tallest building in the world, this tremendous structure was built in the 13th century, but remained unfinished until 1880. The cathedral is celebrated as the largest Gothic church in Northern Europe, and thanks to its two colossal spires, it boasts the tallest façade of any church in the world. Declared a UNESCO World Heritage Site in 1996, Cologne Cathedral is Germany’s most-visited landmark — just as it has been for the past five centuries.

St. Gereon’s Basilica is a 7th-century Roman Catholic church built in the classic Romanesque style, which came to characterise late-Roman architecture across Northern Europe. However, the building itself features a highly irregular design, with a decagonal dome protruding halfway up two stone steeples. The dome itself is one of the largest in Western Europe, second only to the Duomo of Florence. Despite numerous expansion works over the centuries, much of St Gereon’s original Roman architecture remains visible today.

For those with a penchant for European art, Cologne’s Museum Ludwig features one of the most important collections of modern art on the continent, with works from such contemporary artists as Picasso, Andy Warhol and Roy Lichtenstein. Museum Ludwig’s Picasso collection is particularly impressive, boasting around 900 original works from the Spanish master, including both paintings and sculptures. The museum is located in the centre of Cologne, just steps from the cathedral and the celebrated Old City. 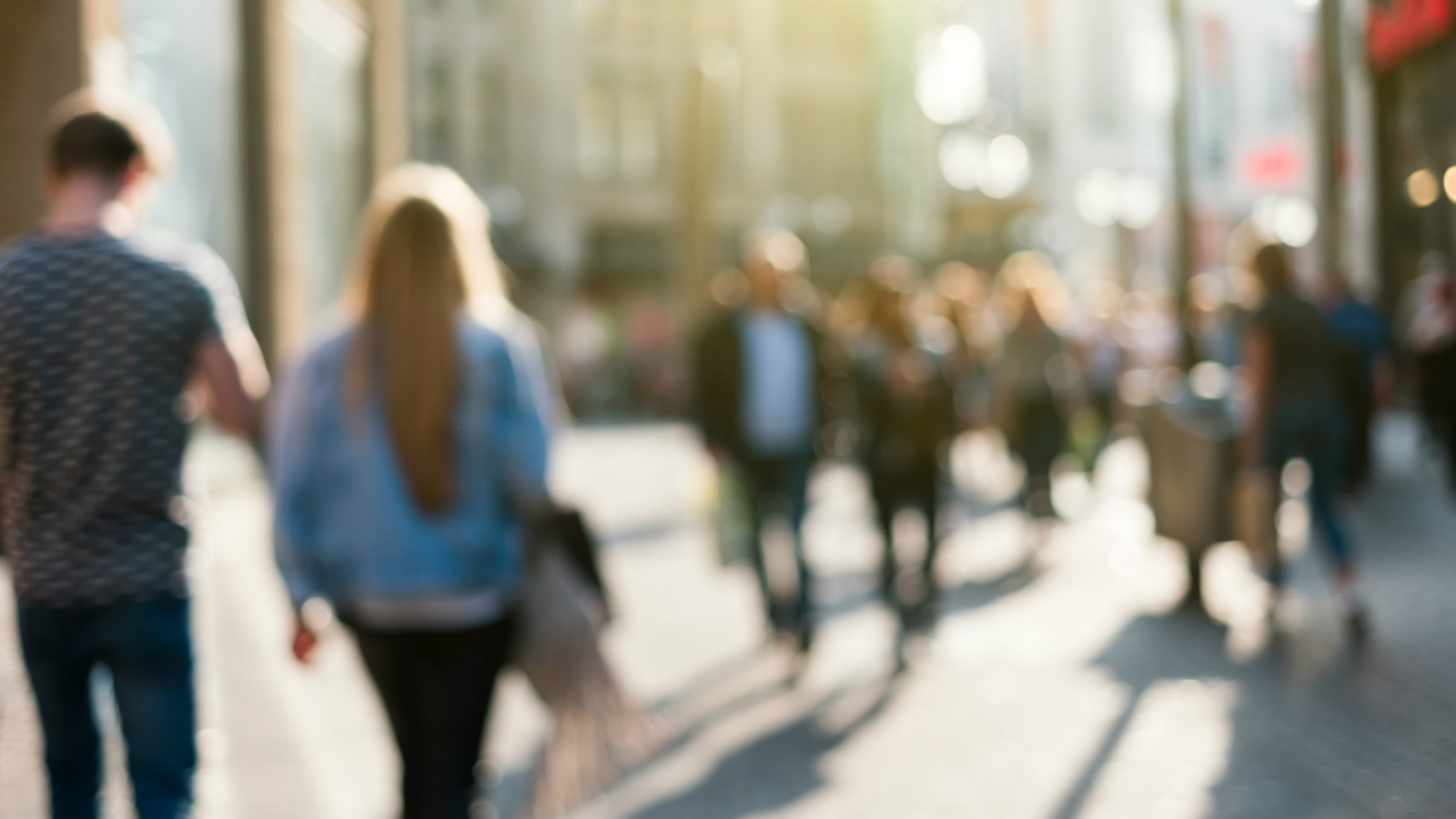 Amid the glut of historic wonders, Cologne boasts a retail offering that makes it one of Germany’s premier shopping destinations. If you want to enjoy a little retail therapy on your Rhine river cruise, Cologne is the place to indulge.

If shopping heads up your agenda when visiting Cologne, make straight for Schildergasse, Europe’s busiest shopping street. With an average of 13,000 visitors an hour, this vast retail boulevard is busier than London’s Oxford Street, and with its incredible array of stores, it’s easy to see why. From high-street favourites to traditional German perfumeries, Schildergasse proves to be a one-stop shopping spot for serious retail enthusiasts.

For those who prefer luxury stores and high-end boutiques, the twin streets of Ehrenstraße and Mittelstraße are awash with elegant flagships from some of the world’s leading fashion designers, including Chanel, Valentino, Gucci, Jil Sander and Saint Laurent. The area is also renowned for pop-up concept stores and trendy boutiques, where you’ll find an aarray of unique gifts, clothing and homeware.

If you’d prefer a more authentic shopping experience, similar to that of a local, opt for a unique ‘Veedeel’ tour. These city tours, which are usually given in small groups, take you to Cologne’s lesser-known shopping areas, allowing you to venture into some of the areas not regularly visited by tourists. With markets, boutiques and independent stores aplenty, this is the perfect way to get to grips with the alternative side of Cologne.

Interested in visiting Cologne as part of an unforgettable river cruise? Scenic can transport you to the heart of this city during a luxury Rhine river cruise. Browse the complete range of river cruises on the Rhine here or call us on 0808 278 7213.

Rhine Highlights
Amsterdam to Basel
Starting out with a flourish in Amsterdam, and ending in Basel this is an itinerary that takes in the sweeping splendours of Europe.
Offers Available
Fly from $395
Conditions apply
8 day
From (CAD)
$ 5,245
Discover

Rhine Highlights with Bruges
Basel to Brussels
Discover the Rhine Highlights on this 8 day all-inclusive river cruise from Basel to Amsterdam. Visit Kehl, Strasbourg, Mannheim and Cologne along the way.
Offers Available
Fly from $395
Conditions apply
11 day
From (CAD)
$ 6,460
Discover

Rhine Highlights with Bruges
Zurich to Brussels
Discover the Rhine Highlights on this 8 day all-inclusive river cruise from Basel to Amsterdam. Visit Kehl, Strasbourg, Mannheim and Cologne along the way.
Offers Available
Fly from $395
Conditions apply
11 day
From (CAD)
$ 6,460
Discover

Rhine Christmas Markets with Switzerland
Amsterdam to Zurich
Travel in luxury on this 12-day cruise and tour. Take in the highlights of the Rhine & Switzerland including Lucerne, Montreux & Strasbourg.
Offers Available
Fly from $295
Conditions apply
12 day
From (CAD)
$ 7,200
Discover