Humming with culture, myth and historic intrigue, the commune of Tarascon is an ancient riverside town located to the extreme west of the Bouches-du-Rhône department of France. Reputedly settled since prehistoric times, Tarascon is one of the oldest towns in southern France — not to mention one of the most beautiful.

Given its position on the banks of the Rhône some 23km down river of Avignon, Tarascon has long provided an important trade route for merchants travelling north from the Mediterranean Sea. Tarascon shares its sun-drenched banks with Beaucaire; a similarly sized town located on the western side of the Rhône. While the two settlements are considered separate, they effectively constitute a single place, and are connected by a series of ornate and historic bridges. 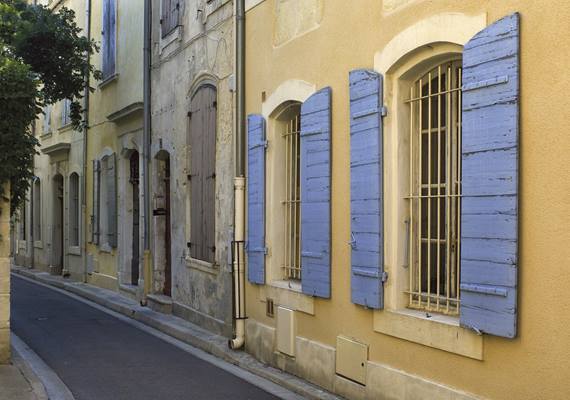 Amid the many languid townships which grace the banks of the Rhône at the mouth of the Mediterranean, Tarascon is easily the most recognisable. The commune’s waterfront is dominated by the imposing Chateau Tarascon (Tarascon Castle); whose windowless keep was once a significant defensive structure in protecting the province from invading forces. Built in the 15th century by Louis II, Chateau Tarascon is as impressive as it is domineering — beautifully showcasing the depth of history to be found in this alluring Rhône retreat.

While it would be easy to go on about Tarascon’s rich heritage for another thousand words or more, there’s another area in which the town excels — and that’s its weather. Thanks to its setting on the brink of the Mediterranean, Tarascon enjoys a warm, dry climate year-round; making it the perfect destination for cultural sun seekers in search of more than just historic architecture and pockets of French folklore.

For those journeying from the vineyard-strewn reaches of northern Burgundy to the mouth of the Mediterranean aboard a Scenic Space-Ship, Tarascon forms an essential pit stop or starting point. Here, we look at the cultural highlights of this absorbing French settlement — from its historic sites to its entrenched cultural traditions.

Founded in 960 by the King of Arles, Conrad the Pacific, Frigolet Abbey is a Presmonstratensian monastery built high on a wooded plateau overlooking Tarascon. Typified by its twin spires, Frigolet can be seen from miles around, and a visit offers generous views across the exquisite Montagnette region.

Like the majority of buildings which flank Tarascon’s cobbled streets, Hôtel de Ville (simply the French term for town or city hall) is architecturally stunning. Built in 1648 in the sumptuous Baroque style, Hôtel de Ville houses a statue of St. Martha slaying the Tarasque; a mythological beast said to reside in Tarascon during the 1st century AD. Each year, a festival is held on the final Sunday of June to remember St. Martha and the much-feared Tarasque.

A few streets east from Hôtel de Ville, in the shadow of Chateau Tarascon, lies St. Martha’s Collegiate Church — reputedly the final resting place of the biblical figure of Saint Martha, who happens to be Tarascon’s patron saint. While the church itself is built in the Romanesque-style of the 12th century, it’s said to contain Martha’s crypt, which dates from the 3rd century AD.

First established in 1362 on the consent of Pope Innocent VI, Cloître des Cordeliers is a former monastery located in heart of Tarascon’s historic quarter on the Rue des Halles. Having dissolved in the wake of the French Revolution, Cloître des Cordeliers was absorbed by the state, later becoming a successful gallery and exhibition space which remains open to the public to this day.

Dissecting Tarascon’s historic quarter from north to south, Rue des Halles is thought to be the town’s oldest and most prosperous shopping street, with a number of intriguing retail opportunities scattered along its cobblestoned length. Ignoring the inviting window displays; Rue des Halles has a picture-postcard charm that’s difficult to digest in a single visit, and is the perfect place to relax with a glass of fine French wine.

If journeying the South of France sounds like the perfect getaway, visit the Rhone River page to peruse our selection of luxury cruises or call us on 0808 231 1924.